Along with many people, I had been sensing a lack of “seize the moment, disruptive, take over” type advertising lately. It is not a bad thing, I was writing it off to the usual reasons of companies not spending as much, or it’s too silly in a time when companies should be understanding what their customers want.

Behold, now there is a beacon to which we can look to satisfy this void. And for that, the glory goes to Old Spice. 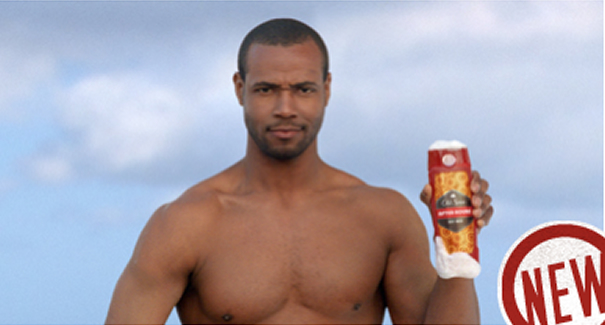 Old Spice went ahead to infiltrate the many available channels, all at once, in order to really dominate in front of large crowds – Old Spice, an unlikely company with not much to lose and overdue for some freshness – ahem.

I would like to express some thoughts about this recent work from w+k. I think people in advertising are impressed by the amount of skits, because it verifies that, with how fast things can be produced and distributed when you have at least a few fundamental resources in place, this type of work is possible. And they might also think it uses just the right amount of gimmicks, or brand of humor currently popular online, short attention span required, to appeal to a mass audience, and what more do we need? I like it because it is silly.

Also, many don’t expect big companies like Old Spice to take a risk on putting their product in front of an audience by using the same means of producing, uploading, commenting, posting, communicating, to reach the very same people who use these same means every day. The antiperspirants maker did take over the Internet pretty well, so that part of the strategy worked, if that’s what they were going for.

We will be seeing more like this, but it’s not really the type of creativity I get super excited about from w+k. I think Tokyo Lab creative ideas/experiments, mainly for Nike, end up coming out the best.

I have to hand it to everyone involved in this campaign for realizing the concept, and I’m sure they have learned a lot, and Old Spice will surely benefit from all the activity, since I’m sure many people will be flattered by all that went into the advertising.

I, myself, am not certain these viral boosts are very helpful beyond an instant. Perhaps, for a long running company, it can provide a short pulse of life into their business, and can afford to have a little bit of fun every now and then.

To really have a lasting effect, its more important how honestly the company puts effort into creating a great product, interacts with their customers, and how those relationships improve our lives. So thank you for the laughs, old spice, and w+k, I will continue to wear a deodorant that doesn’t have quite so many chemicals. 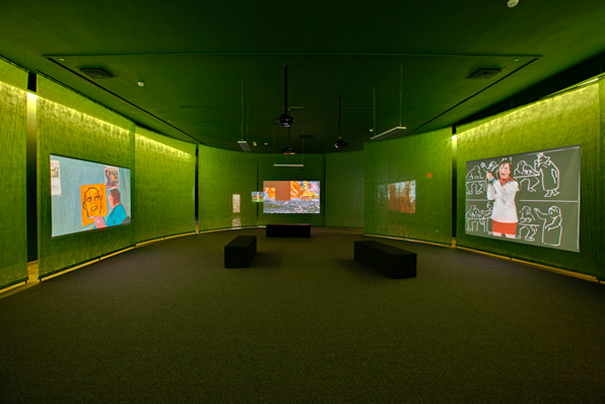 There is a challenge today to perceive the difference between when it is appropriate to have something appear real or fake. I think this style guide will help a little when approaching the concept of real vs fake.

Overall – When someone invests themselves in something, and spends a long time working with real resources, that is real.

How can you tell?

If you can tell an object, or product, or event took a while to design well, and seems there is no way to be further designed to make life better for both those creating it and experiencing it, including the big picture, then it is real. If someone uses real materials, they most likely understand the importance of balance and harmony related to those resources. Experience design incorporates all of these factors.

On the contrary, If it appears temporary, or like someone did not want to care enough about their customers. If the idea was to quickly get attention, or bring something to market without thinking through how to communicate, and maintain a good reputation, and earn return customers, then this is fake. I once heard someone say, “Nobody cares”, well this is an attitude and leads toward a very artificial world indeed.

Someone may spend a considerable amount of time working, by hand, so to speak, laboriously rationalizing a trend, to form the concept that a culture sometimes appreciates a rather artificial aesthetic over a genuine one, or more accurately, will overlook a misperceived faker solution, in favor of a misperceived real one. When someone recognizes the previously less dominant solution to be equally powerful, then there is potential to differentiate, simply by innovating by way of developing the newly recognized potential. There are times, for example, in much of contemporary thought, that have brought us to the conclusion it is not natural to hold two terms, in this case, fake and real, as signifiers of perceived value.

Where I am going with all this, is that we need to recognize a trick. I find it rather repulsive these days, to forget pondering the questions of is it real, is it fake, am I confortable with the intentions of a production? It is very discouraging to my heart if someone skips ahead to, “It doesn’t matter, no one can tell the difference.” Another reckless approach, “Let’s just do like what they did, it seems like a good model to follow.”

In the fast and complex art world, here is where the latest art criticism, history, or work will be featured.