After the first year of operation in Bozeman, MT, design is casual has made a big move to Albuquerque, NM. Although super attached to Bozeman and the friends I have there, I have always wanted to expand into bigger markets and believe I have found one that I like. Close to downtown, between New Mexico State University and Nob Hill is where I will be based, working on projects with my existing clientele and also trying to pick up new clients that support creative methods that are good for business these days. 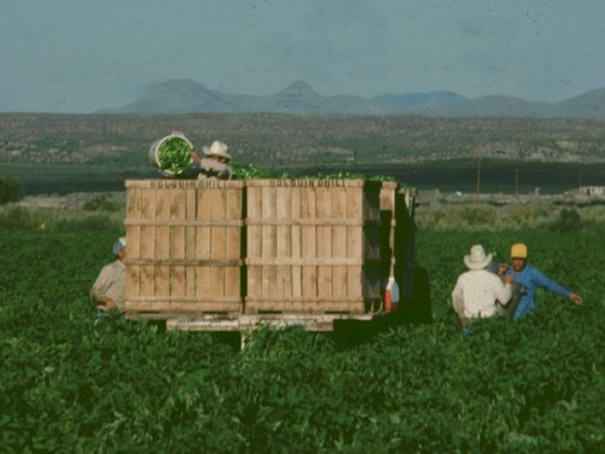 New Mexico is going to be a great city for my wife and I, we can already tell. There’s lots to do outside, Santa Fe and Taos are within a couple hours, there are many cool coffee shops, green chiles, the COOP, a lot like Bozeman’s COOP, film studios are here, plenty of art, there is at least one rooftop pizzeria, there are some cool lofts… the list goes on.

Looking back after the first year, there were many new experiences that I will remember with my clients that were mostly started in the pursuit towards innovating on the web. Here are some notable updates:

UVI ended up with a pretty cool minisite for n:fil, the architectural component of UVI. They completed a project in Douglas, WY, called Spine House. This house has more cool features and materials than anything I have seen.

There were some maintenance level and finishing projects with 45 Degrees North, the design/advertising agency that I worked for the previous two years. Some of these won advertising awards.

With RSPCT (then anonymousUNITED) we were able to get a decent not-as-temp portfolio site going, now Ron just needs to keep it updated!

I picked up a pretty cool contract with LiveJournal, working on some of their house branding. Toward the end of the project the design team was laid off, which sucked for me because I was transferred to the financial department to finish out the design.

With another fairly large community site, 4 Color Rebellion, I am awaiting the relaunch of their fourth version, which includes my work on the markup and styles.

We are in the process of updating the Cucoloris website, a talented filming group. I am always interested to hear about their latest projects, for example, documenting the Telluride protest to break a 50 year contract with their energy company, allowing alternative energy to become more prevalent there.

I started up a website for my mom, who owns a unique furniture store, Bella Patina, in Rapid City, SD. For this website I experimented a little with the flickr API to allow the store to manage their photos and descriptions through flickr.
p ix e l a t e d light staged and shot the featured season photos and most of the items in the store, and it was great to work together on the website. I am trying to find out if connecting the website to flickr creates some social interaction between local customers and the flickr community.

With Classic Ink, I have been working with the designers to get more of their web work out and have been experimenting a little with customizing WordPress and javascript image galleries that are used a lot by their clients.

Another aspect I have been getting more involved in is consulting. There are a few universities that I am being contracted by, for my web expertise and acting as a liaison between departments in assessing future needs, improving communication, and reducing the complexity of websites within websites.

In amongst these projects, I have continued helping family and friends get started in customizing their blogs or apps or services to use for a particular purpose, or just talking about facebook and how the world is changing. I have been learning more actionscript 3 and mxml, experimenting with Papervision, Union, and in Apple world a little Cocoa Touch. I really want to make fun games for iPhone with my friends eventually, by that time it will be called iPhone LS.

Every project I finish, I feel like I am getting a little bit closer to my dream of one day making my own project that will be the awesomest game/app/social-experience-to-remember-ever-beyond-history. To keep it casual, I would just really like to create something that is fun for me and then others might think it is fun too.

In my second year, I am on the path to that dream. Thank you to all of my clients, and here is to year two! 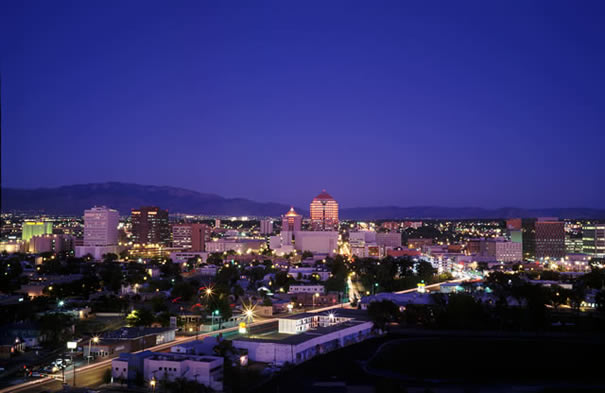 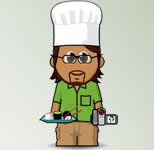 The Food Nerd is pretty cool, using web video to present family recipes.
I particularly enjoy this one for Green Chile Chicken Enchiladas: 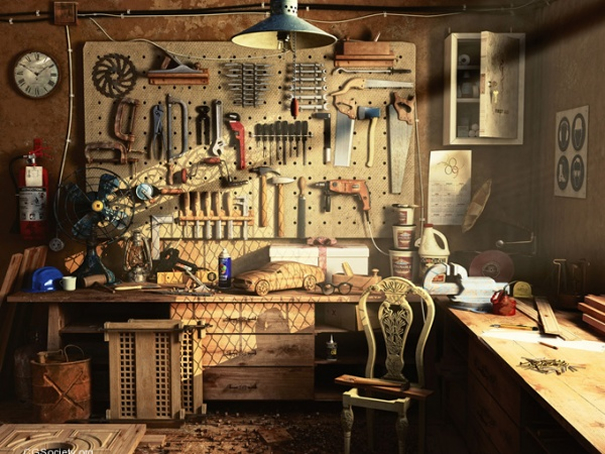 I found this Egyptian 3d artist to be pretty cool. Nice stories Mohamed Abuyhia. View His portfolio with some other nice work, including a kitchen design idea, and middle eastern style interiors. 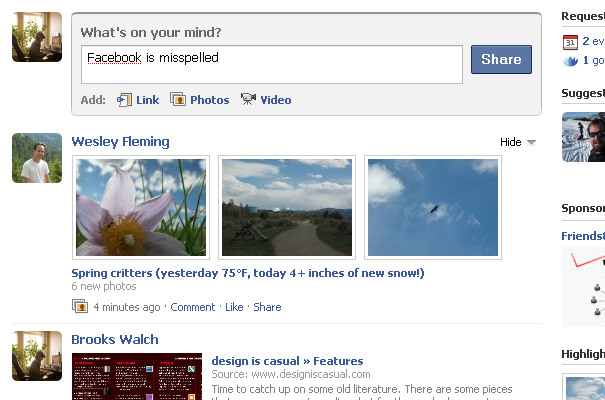 As usual, the month is almost over, so here is the quick post. I think I have some of the most social friends, they all beat me to the Facebook scene. I didn’t know what I was missing I guess.

I have been getting more involved in social apps – Facebook, LinkedIn, Digg, and Flickr just to name a few. design is casual incorporates these services into online strategy, all the rage these days.

It is only a matter of time before anyone can utilize all of these services together for a global takeover or at least provide a media overload.

New at design is casual, along with customizing the themes and templates behind these online identities, and teaching others how to get on board, well, I have been taking online classes on iTunes U. Free education, I figure once you pay how to learn, you realize that you can learn for free. I have been learning about iPhone development, the next frontier of always connected social experiences (are you with me?).

There are some pretty cool websites and consulting gigs in the works, very excited to be working with some of these folks and will update the portfolio before too long.

Before Facebook, I had time between work to do productive things like update the portfolio and cook meals. After Facebook, along with the Facebook iPhone app, where has the time gone? But at least my friends and clients know what I am doing, like when I get caught up in a snowstorm, which happens all the time in Bozeman.

Isn’t it amazing that people stream their thoughts while filling out tax forms, traveling, eating, wrecking in a plane, monitoring the economy, or what have you?

I can not remember life before social networks. 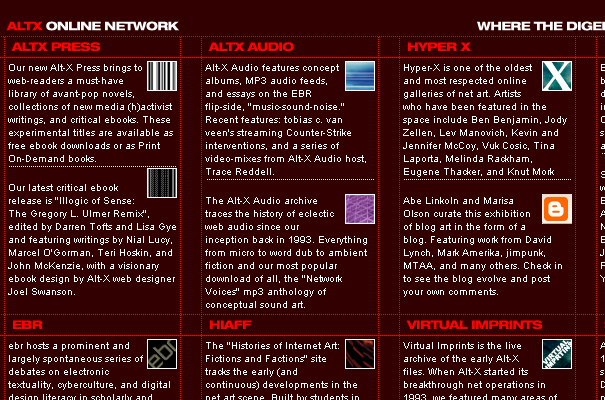 Time to catch up on some old literature. There are some pieces that are more recent on alt-x, but for those who have not checked on this in a while, a lot of information is relevant now.

One of my favorites – http://www.electronicbookreview.com/ 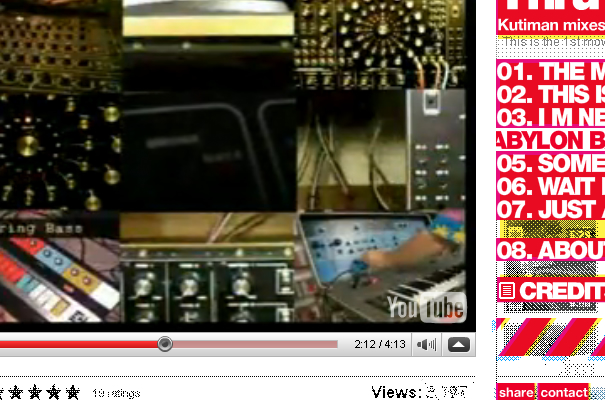 I thought this was pretty amazing, remixing youtube – thru-you. The visuals are quite nice, the audio is quite nice, that equals wellmmmm * quite nice overall i must say.

It is a new year and the first month is over. So far this year I have been headed into interactive space more and more. I made a little headway back into Flash and 3D, using ActionScript 3 and Papervision. I also want to take a minute to check out Loworks website. I liked reading the thinking by Haruki Higashi in the winter issue of Computer Arts Projects. It is a good year for change and continuation.

The animation above is from the basic example to test Papervision. The example on Google Code did not work, so here is the code I used (rocketclowns pointed me in the right direction).

Let me know if this helps anybody.