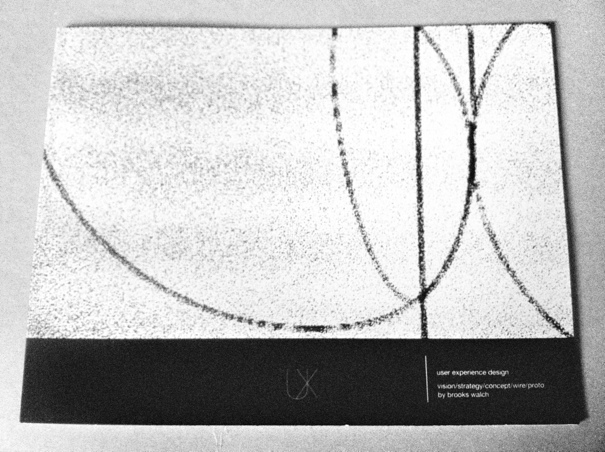 Our experience and its power to move us forward, hold us back, and drive our decisions, has personally affected me in dealing with computers. I would like to share a few things that I am surprised to find in the garage, or see on my screen after all these years. I have some antique computer parts, software, and gadgets around. most everything has been replaced with its descendant, but I still use some of this stuff:

hardware
alienware black case (2000) – I’ve long since sold the original guts, and even built a new system that was supposed to be a media server, but it was too noisy. Then I ended up selling those parts, and now it’s back down to the case! trying to think what to do with it.

bins full of old parts – I have old video cards, heat sinks, old hds, cables, wires, keyboards, hubs, power supplies… mostly stuff that has failed. the video card fans have gone out. I’ve been through about five video cards and five failed harddrives. im starting to see a pattern in fans being noisy and going out… if it werent for faulty fans, I probably would have stuck with this stuff even longer.

notebook
powerbook g4 ti (bought used in 2006) – I broke one of the hinges, by opening it, and from there things went down hill. the used damaged replacement screen is miserable to look at. this once cool futuristic marvel doesnt hold a candle to the macbook pro, which will soon also become a relic.

software (pc)
windows xp – installed a few longhorn rcs, but never actually upgraded to vista – now I have win 7, but still boot into xp most of the time because I dont have everything in win 7 yet.

veritime pro – a time tracking software that I have liked, made by one guy, and it’s not very user friendly, but i know it, and have not found one i like better.

consoles and handhelds
nintendo 64 – bought used at a pawn shop.
playstation – was given to me.
emulate nes, snes, gba – mostly to play classic rpgs and homebrew gba dev. I used to own a nes and snes as a kid.
two ds – to play the remakes of classic rpgs, and tetris, where I have over 10000 tetris points.

cell phone
i have a white chocolate (2007) – it is not cool. probably the first phone in the us to do photos, video, music, games, web browsing. i bought tetris and lost (a fun little game based on the tv show) for it.

I think it’s great, because these things are really not even that old, and yet they feel ancient. people older than me will think, pfff, thats nothin when youve got the 8mm camera, polaroid, 8 track, and a record player.

well, lets hear it. the reason I posted this was because I feel as though these things, while old, have been able to go way beyond their lifespan. I could argue that some of this stuff, although slow, less convenient, clunky, and frustrating, is good enough, and makes new stuff seem too expensive, or too temporary.

it helps to keep things in perspective. it doesnt take much in software – a more pleasant effect here, a more tonal color scheme there – to make stuff appear new, when really they are relatively small refinements.

for the new os, content creation software, and video games, even the minimum system requirements are pushing anything before 2008 out of commission. rightly so, as you will save time, and the stress goes down as things become more user friendly, and the price to enter now is less than it was back then.

i would say it’s fun to hold off, if only because there is no reason to upgrade until it offers a genius solution to a problem, except that most things require a certain level of support until the product can reach that potential. I mean we still have not made use of what has been available since the 80s and 90s, but I figure there is now enough adoption and support, that things in the digital space will begin moving rather quickly again.

it is amazing how we could never go back, especially if we consider how many advancements have been made. im not a fan of phones and carriers, so an ipod touch with wifi and a few apps handle about everything, from facebook, twitter, locations, email, youtube, blogging, make lightning come out of my fingers. no camera though, might have to carry the olympus around, hopefully there are a few weird cylinders in that old pile that have juice left!

aaand furthermore, it’s only a matter of time before whats available to us now will feel, well, obsolete.

First – shade grown, single source, fair trade, organic, triple certified, local or what have you – free of other chemicals and harsh conditions, while supporting people who care about the plants and us. Lightly, medium, or a nice flavor dark roasted.

Pour cold water, about one press full, into a pot and bring to a boil.

Next, get a grinder and get good at grinding the grounds to the fineness of beach sand (not too fine, like dust, and not too coarse, like gravel) – pour into press container, it’s nice to get a little peak in the center once you go pro. This is where it is nice to smell the fresh grounds. mmmm that’s a refresher, and something you can’t always experience in the coffee shop as a customer.

Water should be boiling nicely for a few minutes, get past the nervous boil. Let water set for a little rest for 30 seconds. Pour water in a thin stream over grounds and wisk with a wooden spoon for a bit, then put on the press filter for three minutes. While you’re waiting, prepare your sweetenings and pull your creams out of the refridgerator. Finally, press down and ideally you will get some resistance of about 20 lbs of pressure. If not, your grounds were too coarse or too fine – too easy is too coarse, too hard to press = too fine of grounds.

Now that the coffee is ready to pour, this is where you doctor it up your own way. I like real raw honey on a spoon in the cup, pouring a nice steady slow stream, lifting the press a little further up from the cup, letting the steam flow. Then I stir in some organic heavy whipping cream.

This is fairly strong coffee, and if you love coffee, a great way to taste the full flavor of the coffee and the roast.

Enjoy the heightened experience while the coffee lasts. It is worth it to have fresh coffee while working on a creative project, catching up on news online, or updating your status. Pastries go well if you have prepared them in advance, or, amazingly, have a cup while making pastries, what a great strategy to have your coffee enhanced even more the next time around!

Let me know what you do to make your favorite coffee, and how do you enjoy it?

waking up in the morning

This is an experience I try to create every day. Depending on what all has taken place before, I may or may not be rested. I might be in warm flannel sheets during the winter. I might be getting a little sunrise hitting my face. There may be a feeling to go to the bathroom.

luxury enhancements contributing to an enjoyable morning – healthy organic materials in bed and sheets, laying comfortably for an extra amount of time, a strong immune system (no discomfort), bedroom feng shui, organic coffee complete with grinder and french press waiting in the kitchen, pjs and slippers near bedside.

A few potential discomforts – construction outside, non pleasant alarm clock, forced to get to work/go to class feeling.

Some varying effects – pets licking face, children needing attention, birds singing/crowing, presence of other people/privacy. Some people love to wake up for these reasons, some dont mind every now and then, and some dread, depending on the day.

If things all work out, what is the best way of awakening into the day?

Today everything is people centered. Adobe has published many articles on experience design. This idea has influenced many of the designed products (architecture, mobile apps, fashion) we interact with every day. This is where I will be highlighting some of the great experiences involving casual design.